Filipino nursing professor Michael Sta. Maria is now one of the emerging fashion designers of his country and is receiving international recognition, represented the Philippines at Los Angeles Fashion Week and Atlanta International Fashion Week, 2016. Also he showcased his couture works at The Mercedes-Benz Stylo Asia Fashion Week held in Kuala Lumpur, Malaysia and a successful show in Scotland Fashion Showcase, United Kingdom; last 2015. He recently showcased his new collection with Panasonic Manila Fashion Festival held in Manila, Philippines this October 2018. His works was recognized by international media platforms like the major WWD where his collection for his LA Fashion week was featured, he also landed into the cover of a New York Based Fashion Magazine “Hues”, was featured by Blush Magazine Vancouver and other US based magazine like Black Chalk Magazine, Reflekt Magazine, The Dapifer Magazine to name a few. This year he was named by a Dubai based Magazine “Illustrado” on their 12th year anniversary issue as part of the hottest and Top 100 fashion designers from around the globe under the couture category. He has been featured to local magazines in his country like Preview Magazine, Mega Magazine and Metro Magazine. He was named by Metro Magazine as one of the 7 Filipino designers who’s starting to make a name in the international fashion scene.

Sta. Maria, 31, was also awarded by his hometown with “Dangal Award” the highest distinctive award a citizen can receive in the field of Arts. He started with his own small atelier in his home province north of Manila and now managing his own design studio in the Central Business District of the Philippines – Makati City. He was able to design sophisticated gowns and red carpet looks for celebrities and award winning actresses in his country like Bea Alonzo, Kim Chiu, Devon Seron, Theatre and broadway actress Pinky Amador (Miss Saigon, London) and etc. He was able to design and make gowns for Miss Universe Philippines, Miss Universe New Zealand, Miss World USA, Miss World Philippines, and Miss Philiippines Youth. His work encompasses bridal, luxe wear, red carpet, evening and debut.

Following a near fatal accident years ago, Michael spent his long convalescence creatively, concentrating on his passion for fashion design.  After years in a successful nursing career, as a National licensing exam professor and textbook author, he took design and couture courses at The Fashion Institute of the Philippines. His range is diverse, from goth to gala, but the clothing is always intriguing, exquisite and meticulously crafted. 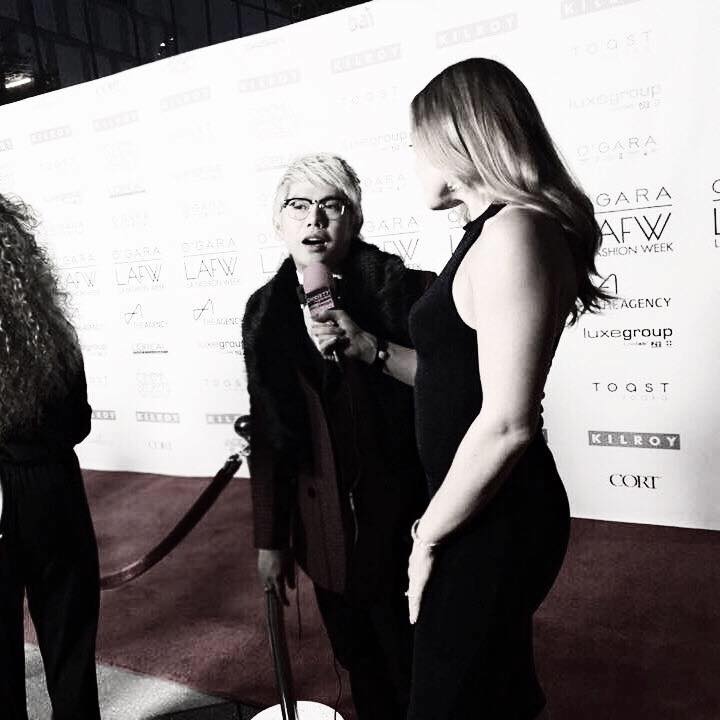